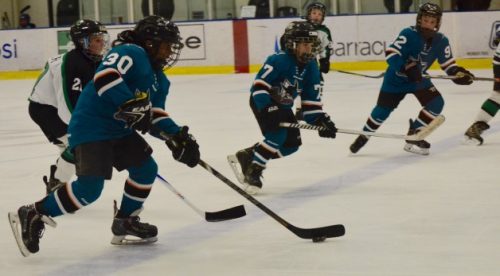 The state of California is not known for hockey. Of course, there are 3 NHL teams in the state, all with their own AHL affiliates, and hockey is undoubtedly growing, but it has a small, albeit passionate, following. Youth hockey has existed here for decades now, and to try and gain national recognition, youth hockey associations have taken it upon themselves to improve their competitiveness. In doing so, they are hurting the sport and ruining the experience for thousands of players.

Anyone who has grown up playing youth hockey in California knows that it is a political hotbed. If you know someone, you are usually guaranteed a spot somewhere, and if you come from nowhere, your fate is usually pre-determined for you. SCAHA is home to an astounding 23 hockey clubs. In turn, NORCAL is made up of a respectable 14 clubs. That comes out to 35, not mentioning the countless high schools that have hockey teams.

However, by going deeper, you can see that there isn’t so much opportunity. Out of the 35 hockey clubs in the state, a measly 6 have Tier 1 AAA programs. To add, up until Midget 16U, only 4 clubs are in Tier 1. 5 of the 6 clubs are in SCAHA, while NORCAL has only a single Tier 1 program to its name: the San Jose Jr. Sharks. And with the Jr. Sharks, nepotism is the name of the game.

Discounting the sheer facts and numbers, there are other things that CAHA has done in recent years to exclude thousands of kids from having a chance to play hockey. As of a season ago, 16U A and 18U A hockey was relegated from their leagues, leaving several clubs with no options for their players. This is because the Tier 1 selection process is so selective; any club who isn’t already home to AAA hockey has almost no hope of ever joining.

The way that an organization even earns the opportunity to house a Tier 1 club is by petitioning the CAHA board to “prove their worthiness.” In order to have AAA hockey, they need to prove they can ice competitive teams at a number of age groups from Bantam to Midget 18U, with a major and minor team at each level (16U, 15U). They also need to meet specific facility requirements and other rink demands impossible in the dry state of California where rinks are few and far in-between.

At the end of the day, virtually any club not an NHL-affiliated “Jr.” team has the money or resources to have Tier 1 teams. And in the case of the San Jose Jr. Sharks, with the low number of teams and players to feed their system and prospect pool, it can lead to such poor performance that the Tier 1 Elite Hockey League (T1EHL) can force them out to improve their own competition, which in the case of the Jr. Sharks, is imminent.

Because of the dissolving of A hockey past Bantams, CAHA turned Tier 2 AA into a “two-flight” system. There is Flight 1, with the best AA teams, and there is Flight 2, with the poorest AA teams. To make things worse, Flight 2 programs were misled into believing they could compete as equals with Flight 1, when that has been anything but the case. Additionally, the way of assignment to Flights was by way of a “jamboree,” a sort of tournament where teams battled it out to be in Flight 1. But again, with that process came backroom politics where some teams’ destinies were out of their hands.

One of SCAHA’s Tier 1 clubs, the Junior Reign (previously Wildcats Hockey Club) has on their website this statement about youth hockey:

“Unfortunately, much of youth sports, even youth hockey, in America has lost its purpose. Something that started out to give kids the opportunity to play, dream and grow has become adult centered and focused on short-term achievements to benefit the agenda of coaches or programmers while robbing the kids of their future potential and their experience along the way.”

The point of youth sports is to provide kids with an enjoyable experience to play a game they love and improve among some of the best friends they’ll ever make. If they turn out to be a great player, coaches can help them advance onto bigger and better things. Youth hockey in California has focused too much on being competitive nationwide and pumping out wins and players to make a few select organizations look good, and in doing so has disregarded thousands of players and many organizations. The steps they are taking are in the wrong direction.