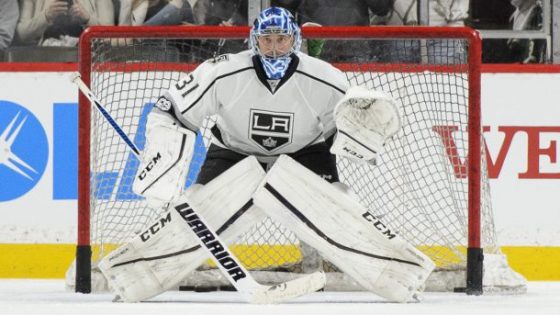 This year’s expansion draft forced the hands of more than a few General Managers, prompting them to make a move and shake up their depth in the crease. Rumors of Ben Bishop being one of the goalies moved had been discussed for some time, and at the trade deadline, Bishop found himself with the Los Angeles Kings. After a short stint in LA, Bishop was flipped to the Dallas Stars, who finally seized their opportunity for procuring a solid starting goalie. However, the Stars took on some risk signing Bishop, as he is not certain to be stable for long— at least not entirely.

When Tampa Bay Lightning General Manager Steve Yzerman shipped Ben Bishop out of Florida for Peter Budaj, prospect Erik Cernak and draft picks, there were a few reasons for doing so. First, Andrei Vasilevskiy was bound to steal the starting position sooner or later. The 22 year-old was ushered into playing more games this season, which showed Yzerman he could in fact pull the trigger on Bishop perhaps a bit more prematurely than he had planned. Second, he was not going to let Bishop go for nothing. In fact, he got a substantial return for him. Last, Ben Bishop had been dealing with a recurring injury since the 2015 Stanley Cup Final. Stars General Manager Jim Nill acquired a good goalie, but he also inherited his injury-prone nature.

The Stars signed Ben Bishop to a 6-year, $29.5 million contract shortly after acquiring him from the Kings. That means that the 30 year-old Bishop is locked up until he is 36, with a cap hit of just under $5 million a year. With Antti Niemi being bought out and Kari Lehtonen with one year left on his contract that sees him making near $6 million (no more bad goalie contracts, Jim Nill), Bishop is expected to take the reigns and run with them for as long as he remains elite. But with a subpar season last year, playing in only 39 games with both the Bolts and the Kings going 18-15-5 with a 2.54 GAA and .910 SV%, could Big Ben’s injuries be catching up with him?

Since the 2015 Stanley Cup Final, Bishop has had one undisclosed and two lower-body injuries, all in the calendar year of 2016. Remember it was in that Cup Final wherein Bishop missed a game because of a severely torn groin, and played one on the very same groin jacked up on painkillers. For a goaltender, a torn groin is perhaps the worst injury to suffer. It can mean the end of a career and quite frankly, it will never be as strong as it was.

At the age of 30, Bishop is in his prime— from his numbers two seasons ago and two Vezina trophy nominations as the league’s top goaltender that is apparent— but he is also a risk, plain and simple.

The Stars can rest assured that the Lehtonen/Niemi tandem will be a distant memory with Bishop in the blue paint, but they also have to be prepared to farm goalies in the system if they are to have future success. Bishop will only be so good for so long, and with the possibility of a nagging groin injury, things could get quite complicated and the contract situation as tough to get out of as Niemi’s. Time will tell what Big Ben brings to Dallas and how he fares for the next several years, and if the risk of injury pans out well.