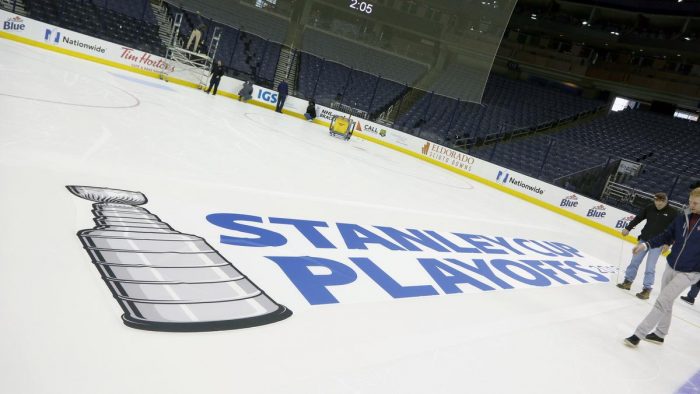 Back on May 26th, in what seems like a lifetime ago, the NHL announced their Return to Play Plan, with 24 teams slated to play for the Stanley Cup whenever the threat of the COVID-19 pandemic subsides enough for the league to continue playing. With the rest of the regular season canceled and seven teams automatically eliminated, the NHL’s RTP plan has finally taken shape. However, many fans might still be confused about how exactly the playoffs are going to work. Here’s a break down of the format, the seeding, and how it could all play out later this year.

To get into the finer details of the seeding and possible locations of games, etc., some background might help.

On March 12th, the NHL paused the regular season because of the threat of COVID-19. Since then, the remaining 189 regular season games were canceled, seven teams were eliminated, and 24 teams made it into hopeful postseason contention.

The seven teams eliminated were the Ducks, Kings, Sharks, Devils, Red Wings, Senators, and the Sabres.

The 12 teams from the Eastern and Western conferences qualified based on their points percentage as of March 12th. So, obviously, every other team besides those aforementioned seven qualified for the playoffs. That part is easy – but the seeding is where it gets tricky.

The tournament will begin with Stanley Cup Qualifiers: 16 teams will play a best-of-5 series, and the Top 4 teams in each conference will play a single-game round robin to determine seeding for the next round.

While it might have appeared a bit convoluted when it was announced, this format was actually carefully calculated, with the help and input of current players, to add. The NHL Return to Play Committee included league executives, representatives from the NHL Players’ Association, and five current players: Senators defenseman Ron Hainsey, Oilers captain Connor McDavid, Jets captain Mark Scheifele, Maple Leafs captain John Tavares, and Flyers forward James van Reimsdyk.

All parties involved are working toward the same goal: award the Stanley Cup this season.

The last time there was no Stanley Cup awarded was back in 2005, when the league canceled the entire 2004-05 season due to labor disputes.

But what about rules?

One might wonder if the first round of the 24 team playoffs will feature standard playoff overtime rules. The answer: yes and no.

In the eight best-of-5 series in the qualifiers, games will be played with playoff overtime rules.

In the round robin games, games will not be played with them. Games in this tournament will be played with regular season overtime and shootout rules, while any potential ties in the standings will be broken by regular-season points percentage.

Again, this seems confusing at first glance, but this is all calculated and designed to give as much of a fair chance for all 24 teams in this tournament as would normally be awarded in a regular 16 team playoff. Whether you like it or not, this is the seeding method the league has chosen to use in the RTP plan in favor of a traditional bracket.

So, what is the seeding?

The seeding in the first round is as follows:

That wraps up the seeding. But what about locations – where are these games going to be played?

First, it’s worth mentioning that all of these games likely will not be played in front of fans. Whether or not the NHL planned to have fans in attendance probably won’t matter, because the outlook of the pandemic has changed since May 26th, and more complications seem to be arising.

In New York, the state issued guidance for sports teams with hopes of reopening and playing games, saying that no audience, fans, or spectators of any kind, even in outdoor stadiums, would be allowed.

Second, the NHL has been considering (seemingly endlessly) a list of 12 hub cities for games to be held in, to be identified later and to begin at a date to be determined.

Because of recent events, many of these cities have since been discounted, and the finalists are looking like Toronto and Edmonton. Hooray Canada!

According to NHL Commissioner Gary Bettman, the decision on the hub cities and a start date for the playoffs will ultimately come down to COVID-19 conditions, testing availability and accuracy, and government regulations, more specifically those of the Canadian government.

Each hub city would be equipped with a “comprehensive system for testing,” and each team would be allowed to travel with up to 50 personnel max, including players, coaches, and staff.

Commissioner Bettman also said the “slim possibility” remains that the final three series could be played in the remaining teams’ home arenas, but “that would require a substantial change in the outlook of the pandemic.”

Fans could realistically expect, if these games do get played, that they will be played in hub cities without any audience, fans, or spectators of any kind.

In what has been an abnormal year in sports to say the least, the NHL seems to have agreed upon a Return to Play Plan that all relevant parties can get behind. It remains to be seen whether the plan will happen at all, but after all, it’s smarter to have a plan if you might need it, instead of prematurely shutting the door completely.