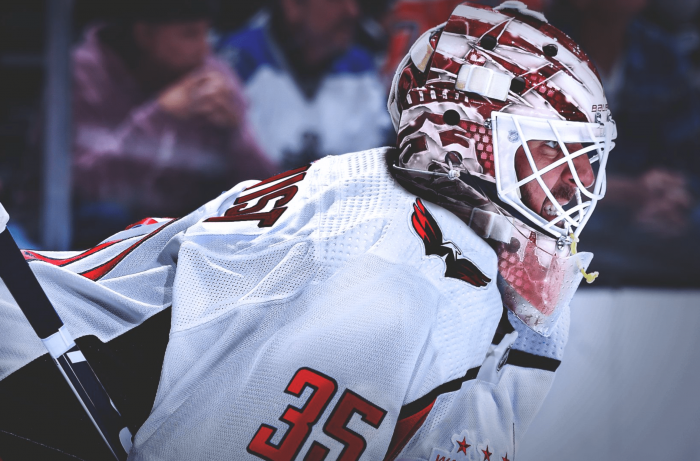 When the New York Rangers bought out the last year remaining on the contract of franchise goalie Henrik Lundqvist, it seemed like a perfect time to call it quits and hang up the skates on an amazing career. Instead, “King Henrik” signed a one-year deal with the Washington Capitals for one last pursuit of the elusive Stanley Cup.

When Lundqvist announced that he would forego the 2020-21 season in order to undergo surgery and rehabilitation on an existing heart condition, it seemed once again a perfect place to put a book-end on his Hall of Fame career. Instead, Hank looks like he still has that fire and drive inside of him. His career might not be over just yet.

Henrik Lundqvist didn’t need to suit up for another game in the NHL to be considered a Hockey Hall of Famer; no, he already was one. The 39-year old Swede played in 887 games over his 15-plus year career after being selected in the eight round of the 2000 NHL Entry Draft by the Rangers, and was in the conversation for the best in the world nearly every one of those years.

Amassing a record of 459-310-96, Lundqvist recorded career numbers of a 2.43 goals against average (GAA), .918 save percentage (SV%), and 64 shutouts. He won the Vezina Trophy as the NHL’s best goaltender in the 2011-12 season after posting the best statistics of his career, and was a five-time NHL All-Star selection.

On the international stage, Lundqvist played in multiple Olympic Games, leading Team Sweden to a gold medal in 2006. The man they call “The King” holds almost every record in team history for Rangers goaltenders, including victories, shutouts, playoff wins, and games played.

When Rangers president Glen Sather announced that the team would be undergoing a rebuild just a short number of years ago, Lundqvist was given the option to go to any team he wanted to and try and win a Cup. Instead, he elected to stay with the New York Rangers. Once a Ranger, always a Ranger.

No one could even imagine Hank in another jersey, let alone actually imagine him playing in one. But when his play declined year-over-year in recent seasons, and with the emergence of Igor Shesterkin and Alexander Georgiev as the Rangers goalies of the future, it was all but certain that Lundqvist and the team would eventually part ways.

But Lundqvist still had that passion for the game, and wasn’t ready to make his retirement official quite yet.

The King Headed to D.C. to Be a Capital

On October 9th, 2020, the Washington Capitals made waves around the NHL as they announced they had signed Henrik Lundqvist to a one-year contract worth $1.5-million.

Lundqvist was set to be a mentor for young goalie and hopeful future starter Ilya Samsonov heading into the new season, and would probably have split the net with him in a condensed playing schedule. Just over two months later, though, the hockey world was shocked once again when Lundqvist announced from his personal social media accounts that he would be foregoing the 2020-21 NHL season due to an underlying heart condition.

As players, media members, and fans alike sent the goalie well wishes, he prepared to undergo open heart surgery, keeping us updated along the way. Four short weeks after his surgery, Lundqvist shared that he felt “strong,” and was in good spirits.

Just three weeks after that, Lundqvist shared a video of him in full gear taking shots on the ice, along with the caption “The best type of work day!” Henrik was doing what we’re used to seeing him do: stopping shots once again.

Before anyone got too excited or ahead of themselves, Lundqvist put a stop to the rumors of an imminent return in a Twitter post after posting the video.

“Going to the rink this week has been very rewarding,” Lundqvist tweeted. “My health is obviously my No. 1 priority. It will be months before I can make any decisions regarding my future after more tests (and conversations) with doctors. The one thing I do know with 100% certainty is that I still love the game.”

He certainly has a lot to think about if he were eyeing a return to the NHL next season, especially with the Capitals; Lundqvist’s contract expires after this season, and he would need a new one.

For the time being though, people were just excited and relieved to see him making such quick progress back to full health. Former teammate Chris Kreider said “I think, ‘Thank God, some good news.'”

“Nothing could warm your heart more than seeing that. I mean, open heart surgery how long ago, and he’s already feeling better, he’s already active. You’d expect nothing less from Hank. He’s not the kind of guy who is going to sit on his hands and you know he’s got to recover actively, I guess.”

“He’s a guy who always needs to move.”

If Lundqvist were to re-sign with the Capitals, he would have competition, not only in Samsonov but also in current starter Vitek Vanecek, who took the reins this year due more to circumstance than anything, but has solidified himself as “the guy” this season.

Whether he returns in a backup role, mentor role, or otherwise, Lundqvist’s career with the Capitals might not be over just yet. Never count out The King.